Be the punk who made no money 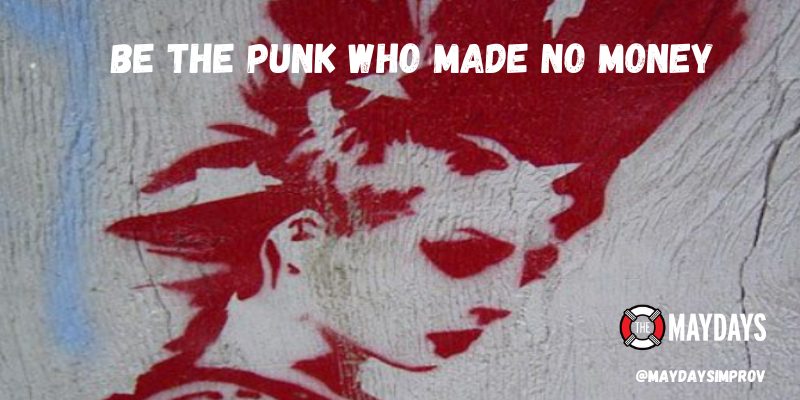 I had a conversation recently about punks. And how some of the most iconic old-school punks have disappointingly ended up quite conservative. And how that often happens to people when they get older, because in theory, you’ve got more to lose.

Maybe it only happened to the punks who made money! 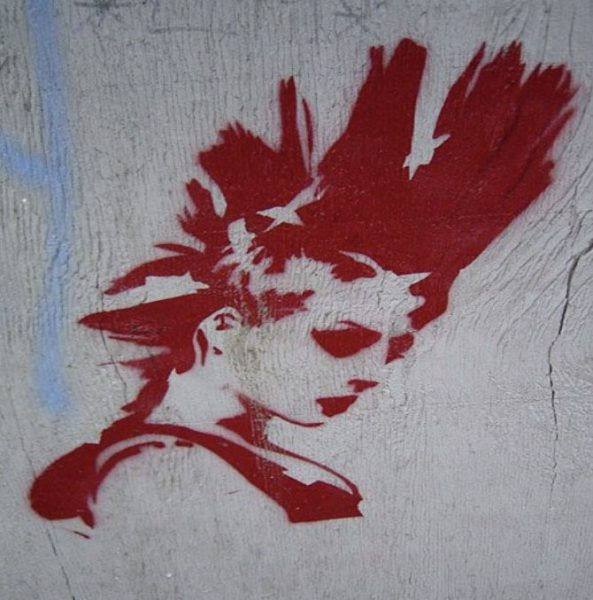 Regardless, I am actively rallying against this theory and trajectory! If anything, I’ve found recently that I want to become more rebellious, more critical of our (failing) establishment, and more punk. Not in an arbitrary way (I’m not going to just yell and break into McDonald’s and pee into a fat fryer). In a thoughtful way, my friends.

It all got me thinking about the need for the acquisition of ‘more’. More of everything. More money. More stuff. More perceived ‘status’ with it all. And recognising your privilege when you actually have ‘enough’.

I recently read a thread by Re/make (the non-profit organisation fighting for fair pay for women in the clothing industry) which said in the 1930s the average person owned nine outfits. Nine. Today the average person buys over 60 items of clothing a year. And that’s just fashion. It’s not our fault completely. We grew up sleepwalking inside the capitalism trap. Brands have made things with built-in obsolescence since the 1930s. But now, we also have what’s called ‘psychological’ obsolescence (making you think you need an upgrade on something simply because it’s not trendy anymore, or might have a scratch, or your cat looked at it wrong). But who decides that? Brands. And who do brands worship? The great god of limitless profits.

In my twenties, I was an acquirer. I wanted lots of new things pretty much all of the time. I was in a job that didn’t fit me at all. I placated my brain with prosecco, plentiful trips to Topshop, and expensive mascara that promised lashes as fulsome as fields of wheat. I was also obsessed about ‘earning my age’. What the what, now?

While I’m grateful to not be her anymore, it wasn’t her fault. She was just trying to find some meaning, grab that dopamine hit, and keep up with… well I don’t even know if she knew. Some sort of nebulous ‘societal’ pressure coming from all angles – but also no single direct place.

I’ve never been conservative in political nature whatsoever, but I guess my social conditioning was sort of restrained back then in that I was a desperate fitter-inner, and didn’t want to stand out from the crowd too much (I already knew how weird I truly was, we didn’t need to stick a cherry on top and pop a sign up).

Now I am trying to roll back the tide. Now I am acutely aware of the not-so benevolent power structures existing. How man-made everything is, and how everything comes back to white, western, patriarchal, empire-rooted traditions, rules, regs and standards (often indirectly and without us even being aware of it). All of which have no place in a functional, healthy, and equitable society. And all of which have never served to benefit anyone other than the rich, white, western man (despite how they dress it up and spin it to pull you in, and make you feel g r a t e f u l).

I have enough stuff. More than enough. I have a house and a little car. And a tiny cross cat. This already makes me supremely privileged. And I am very aware of it. So I don’t need more. Things that break get fixed. Holes get darned. Clothes get bought second-hand to give some welly to the circular economy, because endless growth is impossible (and is already proving to be reckless beyond belief – hello billionaires, seering inequality, cost of living crisis, fossil fuel companies obscene profits, and climate change). 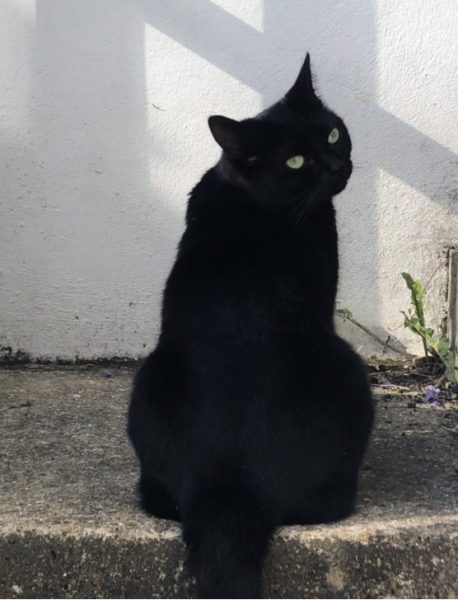 It is hard though! I do sadly still have to live under this structure, so I’m absolutely far from a model of sustainability – I do buy new stuff. But I try to truly consider those purchases. I’m awake and I am trying. I also recognise I am in a position of comfort so I have the time and resources to try. Many folks in this oppressive system are simply just getting by. Another reason to dismantle an unworkable system which keeps so many repressed.

Everything capitalism stands for is white, rich, patriarchal, and greedy. The main god we worship whether we intend to or not, is status. It seems to matter sometimes more than our own health. More than kindness. And more than our planet. Which is honestly the weirdest ‘own goal’ ever.

So how does this tie into improv? Well, doesn’t everything?! Sure, we got there in the end! Less is more. Start a scene. From the moment you look at your scene partner and move, or make an expression, you’ve got all you need. You don’t need a wacky suggestion. You don’t need to have an argument. You don’t need an explosion, a magical octopus, or ten dinosaurs (although those are fun too!) Look up. Look at your scene partner. Use what you have in those first few seconds. Trust me. You’ve got all that you need.

All views expressed belong to the author.