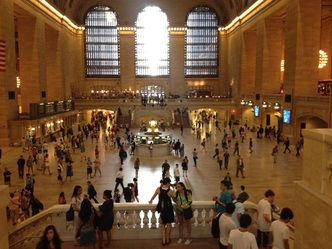 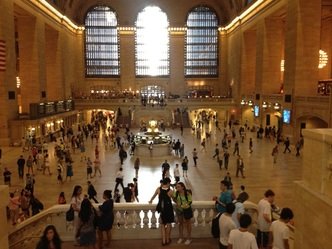 5/7/12
Astoria, New York”Where’s good for pancakes? I feel like I should have pancakes”

In an effort to catch up and not consistently be a day behind I’m doing another blog. Yes, they’re coming pretty fast at the moment but I spent 6 hours on the most whistlestop of whistlestop tours of manhattan yesterday and my feet and thighs hate me.

The answer to the above question, sent to my absent host was Tasty’s on Ditmars Blvd in Astoria. I sat myself down on a tucked away table by the kitchen and take a glance at the extensive menu. I feign interest in the various burgers and salads and muffins and all manner of everything else but I know what I really want

“you sure you wouldn’t like to sit in the front?” I’m asked a couple of times by the South American waiter to which my reply was several bouts of “no, really, I’m fine here”. I’m more English here than I ever was at home. It’s a bit embarrassing. 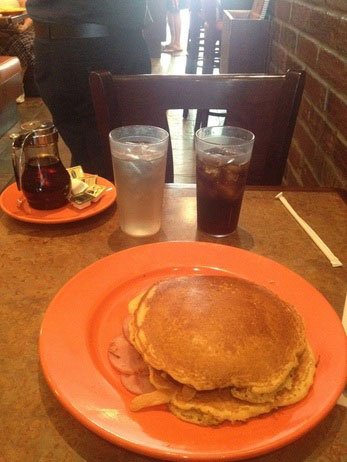 They don’t mess around here

I went for pancakes with Canadian Bacon…ham to you and I…and it was amazing.I’ve had to camp in the house all day to avoid going to get some more or my average English physique will catch up to the American way of life before my accent does!

Today is the day of my big tour of Manhattan. I didn’t know what I wanted to do. my budget has been pretty limited to so I knew I was restricted to seeing sights rather than doing anything so my host and I headed for E 59th & 5th.

my first proper sight of Manhattan was a revolving Piper airplane. And why not? It seems perfectly sensible an idea to me.

we then headed down 5th Avenue. I shan’t bore you with details but in 6 hours I saw:

I’m pretty sure that’s it. there may have been other stuff but those are the bits I remember.

I’m really glad I did the trip this way around. to fly direct to Chicago would have been more expensive, true, but the main reason is because every street and avenue feels like a film set, familiar in a way that only iconic architecture can be. If you know people in New York, and want to go to Chicago. I highly recommend doing things this way. It’s been great and the prospect of 20 hours on an Amtrak train, is less daunting because it’s been worth it.