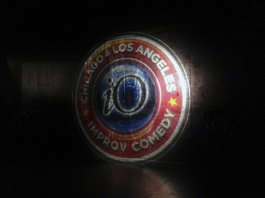 Wherein Jason gets home and writes his blog about being away.

Before I start, I would like to reiterate my clarification that there is no substitute for direct learning. Learning from a teacher, in a room, with other students is the ultimate in learning anything. Be it improv, music, carpentry or whatever. I may from time to time publish a p[aticular exercise that strikes me as interesting but, as a courtesy to iO, I won;t be publishing my notes or a blow by blow account of my classes. You simply wouldn’t benefit from trying to utilise the exercises from here anyway. if you want to learn, take lessons

And so it starts. 5 weeks of learning improv with the masters. we’re greeted at 11am by Lee Brackett, head of the teaching program at iO. A genuine guy who clearly takes his work seriously and is very passionate about the students attending (later he would arrive, sweaty and out of breath at our outside class just to see that we were OK and had got all the information he’d broadcast in his welcome). We’re then introduced to some of the teachers and then the pizzas arrive. what? Pizzas?? yes. pizzas. enormous great pizzas. The enormous great pizzas arrive. They feature all the classics; marguerita, pepperoni, spinach and mozzarella, mac and cheese…what?! Mac and cheese?! on a pizza?! yes. let’s not go through that again. I would have tried it, you know, for science, but my body said it needed tomato and I listen to my body…I bottled it in other words. I’ll just head down to Dimo’s and order it another time (I did. not worth it)

With the above refrain and a round of “beating on” the assembled and displayed teaching staff in comes Charna Halpern…and her dog. One half of the parents of long form in Chicago (Charna, not the dog) was here in front of my eyes. She was late and had missed the informative part so wasn’t exactly sure what it was she was here to say to us but she made do with a 1 minute lesson in agreement and a clandestine reference to a potential new building for iO come 2014 (the current building is being replaced by part of a modern shopping arcade)

Next we were divided into our groups. I was put in a group with 4 Polish, 3 Australian, 5 American and one other British improviser. I have to say I’m glad that I’ve been separated from the other Brits that are over. I love them all dearly of course but it’s going to be so nice to work with 13 improvisers that I’ve never worked with before and build a relationship them over 5 weeks to create a new ensemble.

We didn’t waste any time either. A quick name exercise to and hotspot were followed immediately by scene work. I’m fortunate to be in a group with experienced improvisers so there wasn’t any need to go over the basics of “yes and” and agreement but we did do some simple agreement exercises, my favourite being Scenes In A Diner:

Scenes In A Diner


All scenes are set in a diner with 2 actors. A relationship is given for them and the scene starts with each each character saying “I have a confession to make…” and naming it. Don’t undercut the first confession by saying you’ve been doing the same thing but worse or by confessing that you knew already. the confessions should shock you on some level as it will be new information. This will inform the scene between you and works well when the actors are on the same page.

I’d done similar exercises before but, like I’d hoped would happen, we’re going deeper into why these exercises are for what they’re for.

A quick stop at a bar nearby for a coke and some $6 chilli (amazing) and a few of us went to this nice Italian place where they had food and I had a couple of American beers. Stone IPA is very nice, Oberon is OK, nothing to it but OK.