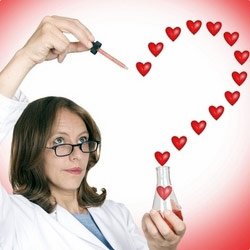 Rosie Wilby – The Further Science Of Sex
By Jason Blackwater

That’s right I’m catching up! This may be brief in one sense but informative in an entirely different one. the sort of informative that doesn’t necessarily contain any, you know, information.

We’re into the fringe proper which is why the ol’ blogging has slowed down. it’s tough realising, well remembering, that when you take a show to the fringe that starts at 23:35 every night, you won’t actually be getting any proper free time. it’s up at the break of noon for breakfast/meeting and then off to flyer until dinner, hitting all the similar shows until exhaustion forces you to eat, then it’s off to flyer until the show passing a never-ending stream of bin-lining out to your ignoring public!

But, boy! has the show come to life! performing on a daily basis, with daily analysis of what’s worked and what hasn’t is really polishing our game. the five daily performers are getting to know each other’s habits and skills and we’re pushing each other in directions we never thought possible. And even in the temporary absence of our live-in technophile, Alexis, we we able to pull this wonderfully technological scene out of the bag on Rosie Wilby’s appearance… 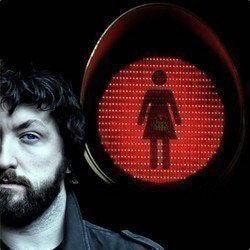 Keith Farnan – Sex Traffic
No show footage unfortunately for Keith Farnan who was a spectacularly generous guest and gave us loads of fantastic stuff to work with but he may well live longest in our memory for his idea for the “Simon Callow Is A D**k” campaign which was immortalised in a single late-night tweet to that effect which has certainly got people talking. From Laura Mugridge, a future guest of ours, to a lady playing Helen Mirren we always seem to be asked “what was that Simon Callow is a d**k tweet all about?”

Keith is proving to be a wonderful guy all round and always says hello as we pass which is exceptionally kind since he’s off to dublin in a few days to film Michael McIntyre’s Roadshow on the 19th. don’t forget us Keith! 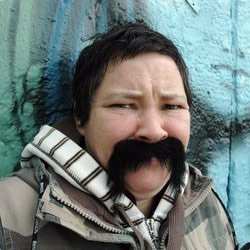 Julie Jepson – Being Julie Jepson
Bit of Brighton, now and on Tuesday we welcomed miss Julie Jepson from Brighton by the sea and she was simply charming. A group of us saw her show during the day and it was over in a flash. Seemingly without a trace of material or having honed her material so meticulously it felt improvised she charmed the crowd with enviable wit. As it stands Julie has our highest ticketed show with 30 punters paying on the door giving us a wonderfully warm atmosphere to play to.

The was warmly recieved even though we felt we had hit a bit of a lull and were capable of much, much more. However there were still some real gems in this show. Sparked from Julie’s story about someone she knows owning 2 dogs because one had followed the other home from the park, we get this great song from Heather, Jason, Katy and Rebecca about the misery of a friend having a pair of husbands. 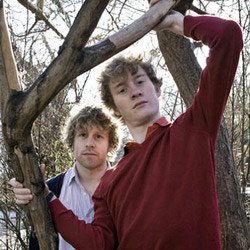 James Acaster – Amusements
A real gem of a guest, now. James Acaster really knows how to tell a story. Weaving in all the detail and personality needed to make a really successful monologue. We came up with some great scenes from his monologues and the show had a real dynamicism because of it. James is relatively new to the comedy circuit but has, in my opinion, and incredible future and I for one would be glad to have him agaan as a guest if Guest Who? gets off the ground.

I think people are coming around to the idea of coming back to Edinburgh next year and build on our success this year. I think we’ve got a great show here and the more notoriety we get, the bigger guests we can attract and the more notoriety we’ll get. I’m really excited by the idea. Apparently Spank! is seeing it’s last battered mars bar for a while after this year and that’s a slot we can easily fill in the Edinburgh cattle market.

Now we’ve all heard the old saying that if you swim after eating within 30 minutes you get cramp…well James has a friend who thought that if you eat, and water touches you, your head explodes which inspired this, my favourite scene of the fringe so far… 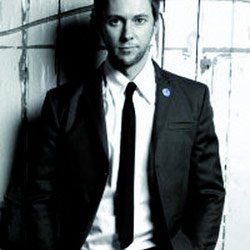 James Redmond – Monumental Joke Disco
James Redmond was the guest for our main man and genius Musical Director, Joe Samuel’s final show of his first ever Edinburgh Fringe. He announced to us yesterday that him and his lovely lady wife, Lydia are already planning to come up next year and for the whole month so we have to make sure we come back if only to take advantage of a full month of his talents.

And what a show to send him off with! James was a great guest who seemed to carry a theme through with him of his life at public school, scooping mashed potatoes into his pockets at supper and being a lonely posh kid during the holidays, it made for some wonderfully retro scenes involving wham bars and dinosaur pencil cases.

One particular highlight came in the following song, It’s Not Easy Being Posh… 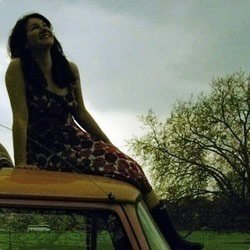 Laura Mugridge – Running On Air
Laura Mugridge is doing exceptionally well for herself, she seems to be just about everywhere publicising her wonderful show, Running On Air, if it’s not writing a weekly column for Three Weeks, it’s getting 5 stars in The Metro or being interviewed by the Telegraph. We can be particularly excited by Laura’s success as she is one of us. A Mayday. She may be focussing on other things at the moment but with all former Maydays she will always be a part of the cult of Mayday. We were fortunate to have Laura over to The Maydays Edinburgh HQ for way too many jacket potatoes, chilli, beans, cheese, feta, salad…basically a topping for every invited guest, a dinner we recorded for potential podcast material…eek!

Laura, as a Mayday, knows what we’re about. Her monologues were packed with detail and emotion, a veritable conucopia of comic potential which w
as only half reached by us as the limits of time struck us down. we had some extraordinary scenes….Superfun!