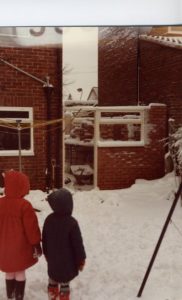 ‘Consistency is the greatest gift you can give to another human,’ – Chris Mead.

Certain quotes stay in your consciousness. In particular those which not only apply to stage life, but real life too. And this is one I’ve been meaning to write about for a while (thanks Chris!) Chris is a friend and a Mayday, but irrespective of this, his enlightened comment about consistency is balm to any performer or indeed, human.

A while back I had a conversation with a friend about why consistency is so important in maintaining everything, from friendships to trust (on and off stage), to personal sanity. And we decided it simply comes down to feeling safe. It makes us feel wanted, validated, accepted and respected.

I really believe that the risks we take in improv (and also with any luck, in life) are only possible because we have a foundation grounded in consistency. Imagine for example, you wanted to jump off a rock. For someone to wiggle it underneath you completely changes and undermines the dynamic of the risk you want to take. It’s like your base reality isn’t what you thought, and therefore your trust is gone. And if those two things aren’t there, your risk has no support, and almost feels redundant. 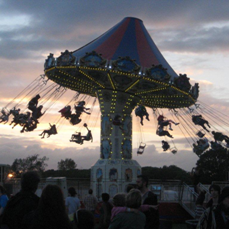 I think it’s also about consideration and empathy. Like when you go to meet someone your subconscious is usually working towards, ‘I’m going to try and be on time, because I respect you.’ If someone is consistently late, you gradually realise that’s their deal (not ideal). But if someone is sometimes on time, sometimes late, sometimes cancels, sometimes on time, then late… Oof. It’s like the globs of gloop you’re forever chasing behind your eyelids or a fake throw in a game of catch. There comes a point where you think, ‘this is tiring and kind of confusing. I’m off to find ice cream instead.’

As a child I was messy. I used to routinely forget things like my swimming kit or lunch for school. My cupboards would spew forth acres of paper and endless nonsense. I had a place for nothing and nothing really had a regular place. My mum would tidy my room sometimes but really it was my responsibility, yet I seemed unable to do it. None of it was on purpose. But the forgetting of things, used to upset me the most. The distress it used to cause me my gosh, it was horrible. I just didn’t want to stand out like that. 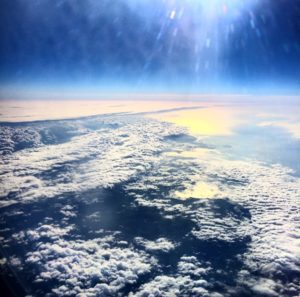 Interestingly, this lack of organisation is one of the things that often comes alongside Dyslexia. In being a qualified teacher of Dyslexic children, my mum realised this might be me. And while I am not diagnosed Dyslexic, my spelling and handwriting at that time would suggest I probably was a little. But working together, coupled with her knowledge, we inched towards my being a little more organised. I became a person who had regular places for things. I wrote things down. She got it when I occasionally slipped up. It set me up for life. I now can’t imagine existing otherwise, because I remember how hot and horrible I felt when I forgot important things.

I’m not saying all inconsistency is due to the above reasons. Never in a million years. We are all individuals after all. But I feel it has a baring on consistency as a theme, as I potentially had a chance of becoming a very flustered adult human, inconsistent not by lack of empathy – but by chaotic disorganisation. Others this may not be true of. Some folk quite possibly may be cool with chaos. I don’t know. But all of this got me thinking about why regularity and consistency are generally such important things to human beings, and such internal peace-makers to a great deal of us.

So, consistency. The greatest gift. Why? Because it’s not just a gift of consistency. It’s so much more. It’s respect, kindness and empathy. It’s, ‘I’ve got your back.’ It’s humane. So even if you don’t mean it, to be inconsistent means to deny not just yourself, but other people, a pretty funky bedrock.

So when we’re at our most vulnerable; going on stage to weave something from nothing in improv, or just living day to day, consistency is indeed, the greatest gift we can give one another.