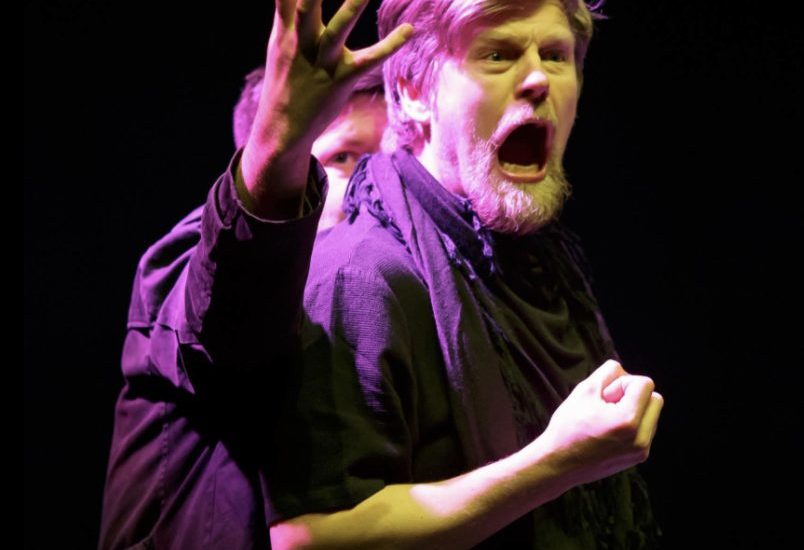 When I started improvising I was in love with the more showy elements of the craft. I adored watching people be witty. I laughed in delight at clever plot moves or audacious character choices.

Currently, I’m mostly interested in connection. How do we forge a true and stable connection to our scene partner? How do we give our scenes weight and import?

I’m very fond of the idea that however accomplished we are – over the course of an hour’s show – our brain will at some point stop supplying us with clever content to say. There are only a few superhuman brains that can keep up that kind of pace. But ask us to feel something, have an emotional point of view on another character, well, we can do that until the cows come home. There is seemingly no end to our emotional reserves. So, with that in mind, perhaps it’s a good idea to root our improv in an energy that we can sustain?

I’ve been teaching a class on emotional connection for about six years. At first, students struggled to see the point of something that wasn’t immediately comedic but over the years we’ve seen a rise of performance groups utilising that particular set of skills. What has become clear is that if you invest in your character, pursue connection and deepen the relationship between yourself and others – everything else just becomes richer – funnier, sillier, more heartfelt, less disposable.

I’ve tried to develop a list of first principles for doing this kind of work. It’s a work in progress (isn’t everything?) but hopefully, it gives you an idea of the discoveries made so far.

by The Maydays, Chris Mead