When improv is going well it feels like flying. You don’t need me to tell you that. You’ve all experienced it at one time or another. There really isn’t any substitute for that moment when everyone is pulling in the same direction. It does feel a little like magic. One scene follows the next without debate or hesitation. You all know where this is going.

You all know how this will end.

But then there is the other way a show can go. The show where it feels like you’re mired in quicksand. The one where you’re slowly sinking deeper into disaster and every movement, every initiation just seems to get you there a little quicker.

And as much as the first kind of show feels effortless, this one feels like an absolute chore. Something to be survived. And when your back is against the wall artistically speaking, there’s also a chance that someone is going to do something desperate. I’ve been that person more times than I care to remember. The ship is going down and I get it into my head that if I just push a little harder, give of myself a little more, I can save everyone. 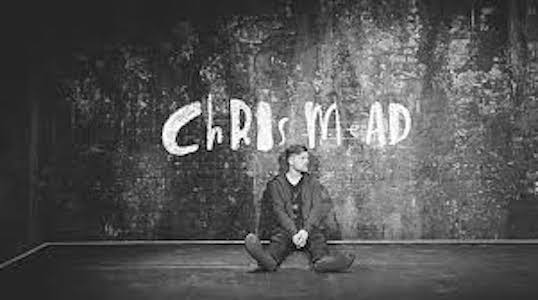 But one person can rarely save a show all by themselves. And the decision to try often leads to the kind of improv of which I am not super proud – leaning into topics that are deliberately shocking or uncomfortable. When that happens, your team is going to have to have a hard conversation at some point down the line.

It’s so tempting to say “hey, it’s improv” and just let it go. We are, after all, the disposable art form. Out shows burn bright in their moment of creation and then are gone forever. But if an individual show breaks the sacred bond of trust between players or just makes someone a bit uncomfortable then, believe me, it’s worth being able to discuss that openly.

Sunlight being the best disinfectant and all that.

And it’s hard. It really is.

(This is the kind of thought-provoking content you came here to read, I’m sure.)

It can give you emotional whiplash to suddenly switch from being a unit that supports and elevates every choice you collectively make, to being a group of people asking awkward questions and putting those same choices under the microscope.

It can be hard to be the one with a problem (you feel like you are somehow breaking the group trust).

It can be hard to be the one who is being called out (you feel victimised or upset you have hurt your teammate).

It can be hard to just be part of the conversation (you feel like you have to pick sides).

But it is worth doing. Believe me. If your team can have that conversation in an open and loving way then you are going to have greater longevity and make better art. Ultimately, you are going to trust each other more. And if everyone feels empowered to speak up when they’re uncomfortable then you avoid the tyranny of blind “yes, anding” and any kind of theatrical monoculture. It’s an incredibly healthy practice to foster within your company.

So commit to having the hard conversations. Make space for them long before something happens that actually necessitates them. Talk to each other. Be comfortable enough within your own skin to admit you could have done something wrong and promise to do better next time.

Do this knowing that your teammates will do the same for you.

Do it and perhaps you’ll end up performing fewer shows that require you to sit down and have a hard conversation.

And more shows where you fly.

Join Chris for one of our upcoming online improv events, check them out here.