I Don’t Know What To Say 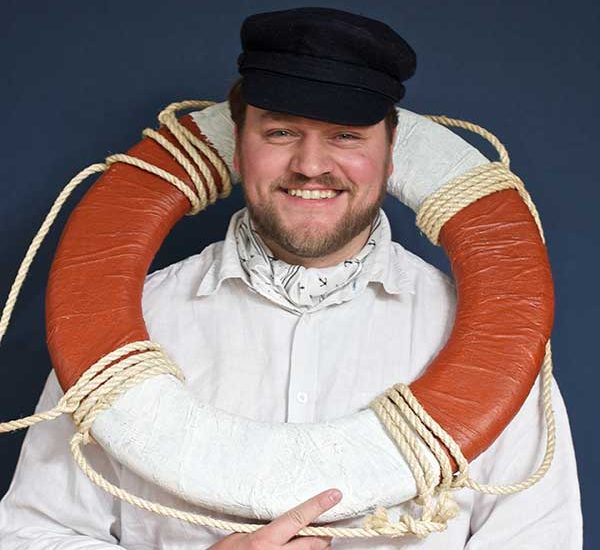 “What you’ve just experienced there is what we , in the improv world, call a ‘nirvana moment’. A complete absense of thought. Buddhists spend decades of their lives trying to achieve an emptiness of the mind and improvisers achieve it constantly”

The above quote is something I’ve said in near enough every beginners class I’ve ever taught. It’s a gag, true, but it’s one I really enjoy because it teaches new improvisers a valuable lesson. That feeling is something that everyone around them is going through and it’s perfectly normal and to be expected. It’s reassuring for everyone hearing it to see that feeling happen to someone else and know that they’re not going through that alone and it really isn’t that bad.
It’s just that sort of moment, in fact, that inspired this blog.
We always encourage our students to say “I don’t know what to say” loudly and proudly when they feel that way. After that, they rarely go through that feeling because the very fear that caused it is now redirected on the possibility they might have to admit it and suddenly their brain is forthcoming with dialogue, heaven forbid they should clam up and have to admit to doing so. As a joke, sitting here not having the first clue as to what to write about, toying with the cerebral (Links between performance disciplines and the introverts who take part in them) to the absurd (10 reasons why you should treat an improv scene like you would a romantic partner) topics floating around in my brain at midnight, I gave up and typed the title you see above this post. From this admission an idea was born.
There’s an exercise I teach in my classes, quite early on, examining the little natural quirks we have when we are faced with an audience. A dull line is given to the actors, one by one they step forward, make eye contact with their audience and deliver their line. At this point the audience must go absolutely crazy with applause. It’s very uncomfortable for the actor but they must stand and receive their applause until it is done and only then sit down. It is remarkable how ingrained our defence mechanisms become by the time we reach adulthood and they all come out in this exercise. The eye-avoidance, the performances, the rushing, the tension and fake relaxation, the nervous ticks and humour-as-defence-mechanism.
I don’t do this to mock the actors. I don’t do it to show them up. It is vital for us to know how we’ve built up these walls so that when we come to our moments of indecision in a scene we don’t hide behind our emotional walls but accept our indecision, appreciate it’s a construct of our own minds and move on. These mechanisms are, in fact, evolutionarily important. They come from the oldest part of our brain that was the command centre for the ministry for not getting eaten. Fight, flight or freeze. As our lives have become more complex and social death is as high stakes as real death our fight, flight and freeze mechanisms have been forced to become as complex. “Play dead” becomes “don’t say anything or they’ll notice you”. “Run away” becomes “don’t answer your phone”. “Attack” becomes “do a dance so this applause your getting is justified”
Our defences are valuable, they define who we are and how we interact with people but no moat is any use without a drawbridge, no wall without a door. It’s important we recognise our foibles in order to sidestep them and open ourselves up to the risk of failing, the cornerstone of any improv.
Share:
About The Author
Jason Blackwater
Jason trained at East 15 Acting School on their acclaimed Contemporary Theatre course. Whilst in training he worked with Sean McCann and Adam Megiddo of Showstopper, the late Ken Campbell and Phil Whelans of Grand Theft Impro. Since joining the Maydays in 2009 he has trained at IOs training centre in Chicago and received training from Jason Chin, Bill Arnett, Eliza Skinner, Jay Rhoderick and many others in the UK. He recently appeared in the 25th Anniversary tour of Buddy! The Buddy Holly Story and also plays with fellow ‘days Katy Schutte and Jules Munns in Silly String Theory.
Latest Posts