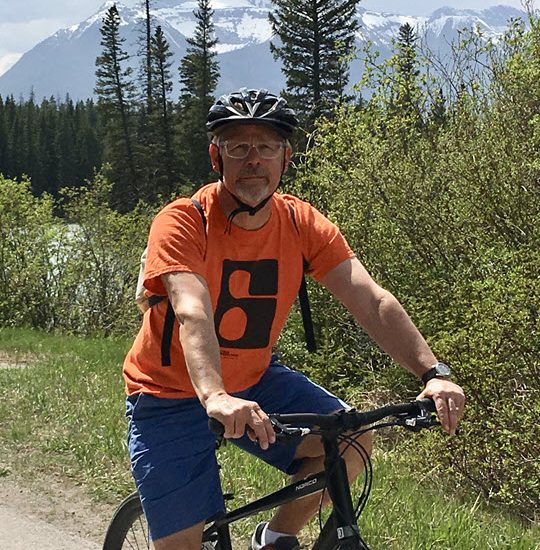 As well as attending, and sometimes running, Maydays Improv drop-in classes in Brighton, for the past year I’ve been working as a cycling instructor for West Sussex County Council, going into various primary schools for about a week each month to train 10 and 11-year-olds to cycle safely on quiet roads. I’ve come to see lots of connections between improv and cycling – two of my favourite things – and I’m excited by the overlap.  Please bear with me while I explain.  Firstly there are two underlying ideas I’ve labelled perception and negotiation.

Cycling has a long and important history.  It aided the liberation of women and the working classes, it first explored the technologies that led to motor vehicles and heavier-than-air flight, and it (arguably) suggested the concept of montage to earlier filmmakers.  But in the UK it is often seen as a (marginalised) clique, with a reputation for harbouring obsessives and militants. But it also has the potential to become far bigger and more important in the near future, as recessions bite and sustainability becomes paramount. It directly parallels the position of UK improv compared with conventional drama on stage and screen.

The Highway Code is full of rules. Read it:  it’s changed a lot in the years since I passed my driving test and it’s due to change even more soon.  Some rules are UK laws (everything with a ‘must’ in front of it). Others are strong recommendations (‘should’). But rules are not enough for responsible road users. It’s not that ‘rules are there to be broken’ but that real world situations are often too complex to be negotiable through the application of rules alone. You have to connect with other people, predict and interpret their behaviour, act decisively with everyone’s safety in mind, and forgive them (and yourself) for silly mistakes. If that’s not improv, I don’t know what is.

Bikeability, the organisation that oversees all UK cycling instruction, lays out four areas of behaviour and understanding that together make for responsible and safe road use: the core functions of observation, position, communication and prioritisation. At the risk of sounding pretentious, I think these translate into good advice for improv performance.

This means looking, listening, collecting information, deciding what’s relevant, and making decisions accordingly. Lots of kids are scared before they start cycling on the road, and learning what to pay attention to can help them.  Others behave recklessly, thoughtlessly or over-confidently because they haven’t learnt what to watch or listen for. Road layouts dictate a lot of road user behaviour. Other behaviours are often rule-based and predictable. So once cyclists start to understand roads and the rules, they can spot anomalous behaviour and focus their attention where there is risk. Over time and with practice they can build strategies – at first, deliberately and consciously, and later, automatically – to avoid, ameliorate or manage risks.

This is just like building up your observation skills when learning improv.  Instead of reading road layouts you learn to look for the shape or game of the scene or the show:  what’s the tone/genre, how well do the characters know each other, where are things going? And you learn to watch and listen to the other players, remember their character names and what they do, and start to predict where they and the scene might go:  group mind. 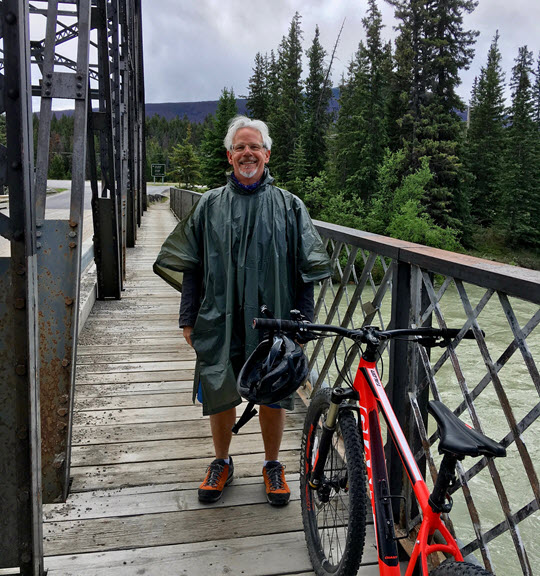 Learner cyclists are taught that when moving along a road they should try to be clearly in one of two positions:  secondary or primary. Secondary position is about a meter from the left kerb of the leftmost lane going where they want to go.  It’s far enough into the traffic flow to get a cyclist noticed and allow some wiggle room but it’s not dominating. It says to other road users ‘I’m confident but please pass me if you want to’.

This parallels where improvisers position themselves when entering scenes:  upstage and/or to the side usually means ‘I’m joining but not leading this scene’.  This is also so much like being neutral in a scene and organically finding out who, what and where all the characters are, ready to take a stronger line if necessary but also ready to drop it if another player makes their move.

Cyclists also learn about primary position.  This is bang in the centre of the leftmost lane and it says ‘I’m in control here: overtake me at your peril’.  It’s to be used whenever a cyclist perceives increased hazards: narrowed lanes, obstructions, junctions etc. In improv this is downstage, front and centre, with the need to make strong initiations, ensuring you have an attitude to every other character, and when you realise that you’ve just become the protagonist.  Don’t drop your shit!

But neither position is fixed.  There are no exact secondary and primary positions and they change all the time as you cycle along a road.  You should expect to spend more time in secondary (it’s more considerate toward other road users) but be ready to move quickly into primary at any time.  And if you hog primary you’ll quickly alienate and annoy the people around you. Sound familiar?

(More experienced cyclists do a lot of ‘filtering’: moving alongside slow-moving traffic to get to destinations faster.  This works like the art of good longform: using your time in the wings to analyse, edit and move the narrative forward.)

Cycle training has some interesting stuff to say about communication.  Firstly: oral and aural communication is not much use on the road. (Bells are for spaces shared with pedestrians!)  People in enclosed vehicles and motorbike helmets can’t hear you. So eye contact is vital: cyclists are taught to look inside every vehicle to make eye contact with the driver, the human road user.  This is such useful guidance for improvisers: remember to ‘look inside’ the other characters in a scene and connect with the players inside. These other players should hear what you say but often don’t.  You’re probably the same with them. Don’t focus on their words alone but trust your unconscious to read their body language.

Secondly, your road position and other behaviour usually communicate your motivations pretty well.  Evolution has equipped audiences and your fellow players to read your intentions and emotions from your posture, movements and position.

Thirdly, clear hand signals are useful but not vital.  Make them if you can, but make sure that other road users can see them.  In improv you don’t have to make everything clear and unambiguous – audiences and other players can get a lot from a little – but do what you can and don’t worry about it.

In cycling, this means knowing who goes first, for example when a number of road users going in different directions all reach the same junction at the same time.  Users of major roads (protagonists) go before those on minor roads (sub-plots and supporting characters), vehicles that are already moving don’t have to stop for those that are stationary, and road users with unobstructed routes go before those whose way is blocked (move the plot forward).  This translates into learning which characters need more stage time, when scenes need to be cut or returned to. It also means that we can rely on more than politeness (or its opposite) to decide when to speak, make an offer or join a scene.

All of these core functions – observation, position, communication and priorities – are open to negotiation.  Not to ignore or flout the rules, but to make sense of unpredictably complex situations. In other words: improv.

P.S.  Final quick observation:  on roads, learners (and some experienced road users) often seem to be triggered as much by social anxiety as by any fear of traffic.  People are more scared of looking stupid than they are of real danger. This might explain why improv is always such a hard sell to the general public!

P.P.S. If any Brighton improvisers would like some one-to-one cycling road sense training at mates’ rates, please get in touch by all the usual means.  And remember that Listen! Say Yes! Commit!, Julia Knight’s and my book on using improv in management learning and development, is on Amazon etc. in paperback and e-reader editions.  Or hit me up for a signed copy in person.

Share:
About The Author
Harry Puckering
Harry can still remember his lines from his first primary school play in 1967. At secondary school he led the winning team in the southeast regional final of the Rotary Youth Speaks competition. He acted his way through university: highlights included the title role in a theatrical biography of Gustav Holst, and Puck in two different productions of A Midsummer Night’s Dream. He also directed a particularly gory Titus Andronicus and choreographed the chorus line in Cabaret. For Harry, the 1980s were largely about music, although his band The Goldolphins have now slipped from public memory. From 1999 to 2005, Harry co-wrote, performed in and helped organise the annual Stanford Pantomimes – playing the dame three times and the baddy twice. With Julia Knight, he co-wrote and published in 2015 LISTEN! SAY YES! COMMIT! Improvisation for Communication, Creativity, Teamworking and Leadership at Work. Also with Julia Knight, Harry designs and delivers business learning events that use improvisational comedy techniques, research and theory to bring joy and insight to flagging workers. He also uses improv in much of his ‘day job’: training HR managers in the Arabian Gulf states. When not improvising, Harry is an involved father, an enthusiastic cyclist, a competent bassist and an experimenting cook. He has built electric guitars and basses from scratch. His current passions are his Greek band The George Kypreos Band, and his choir Wham Jam Thank You Ma’am.
Latest Posts