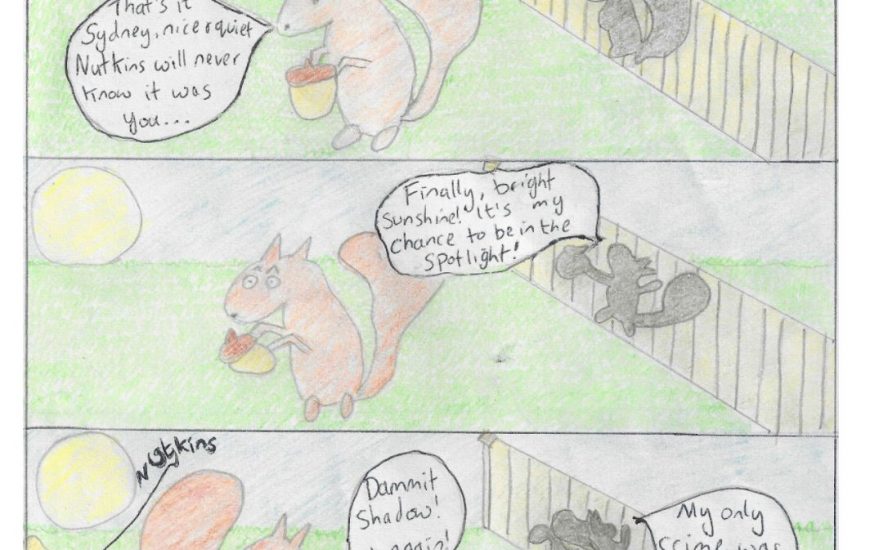 I wanted to write something, but couldn’t get an idea to land. Nothing stuck, nothing stayed, nothing gave me joy. Then I taught a Beginners class on character and played my favourite game of ‘Sassy Carrot’ (You may also know it by another name of ‘Adjective+Noun’). Every time I play this, the joy in the room explodes. From initial trepidation at the very idea, they might have to be a bit silly to the almost instant joy and freedom of being allowed to be a bit silly. Permission to say something or nothing, to just make a face, and to ultimately interpret something in their own way and it being celebrated whatever they do. It’s a great game.

I’ve also really enjoyed drawing recently, creating cartoon artwork for some upcoming classes. It’s not something I often indulge in, and it was like rediscovering a part of little me who would just draw for funsies.

So, I decided to crash those two things together. I asked my fellow Maydays for ‘Adjective+Noun’ combos, paired them up, and drew little 3  line scene cartoon strips from the suggestions. They aren’t perfect, but they’re mine and they enlivened my sense of play – which aligns pretty perfectly with improv.

Thanks to: My Beginners for reminding me of the joy of the game, to fellow Maydays for their lovely suggestions, and in particular to Jen Rowe and Joe Samuel who decided on the colour of the toothbrush and T-shirt respectively.

NB Joe I know you said blue, and I promise in real life it is blue – the scan came out more green. Feel free to disassociate yourself if this inaccurately represents your contribution. 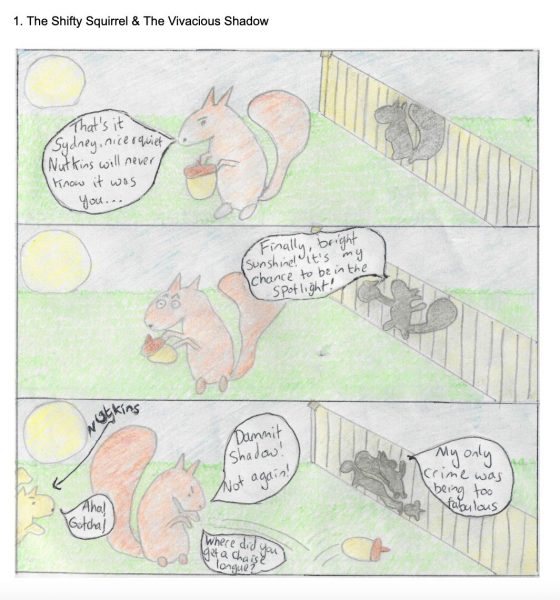 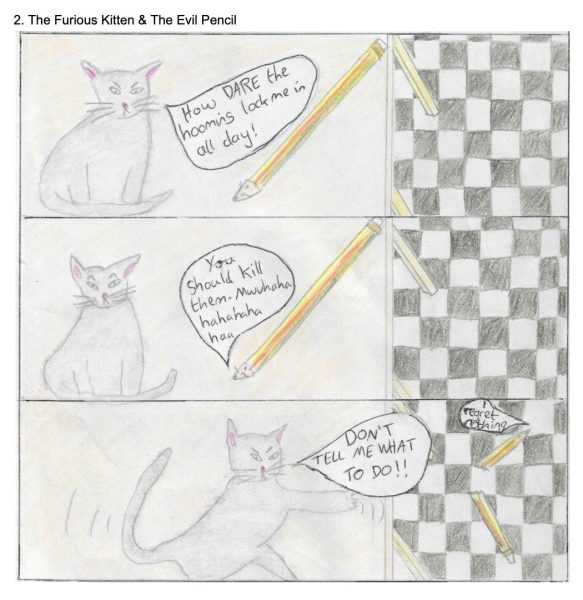 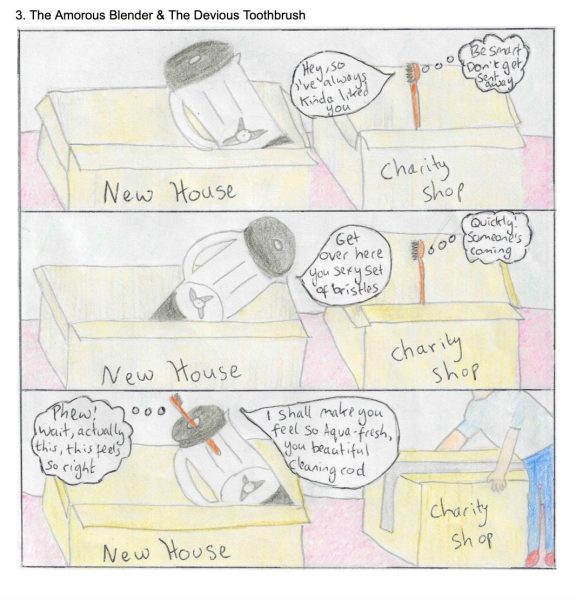 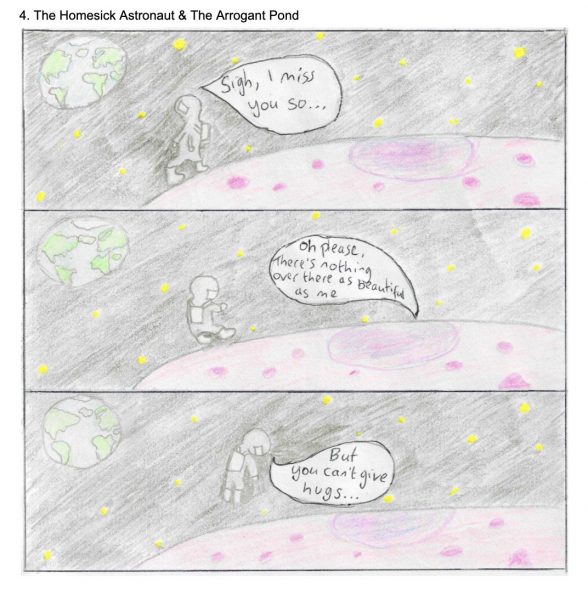