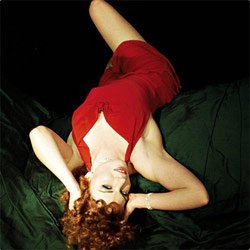 Isabel Hertaeg – La Petit Mort
The Fringe is officially under way. The first proper day of the run and already I’m behind. Hopefully I’ll be doing 2 blogs today with two show clips to catch up but this is me we’re talking about!

I never thought old age would creep up quite so fast. 3 late nights and all I want is to curl up in a big chair with a brandy, pipe and put some slippers on. Is 26 so different from 23? Maybe it is. Maybe I’ve peaked. Maybe it’s all downhill from here. I know! I’ll ask the others. That’s the thing. I’m the baby of the group. at 26 I’m a full 4 years the junior of the next youngest Mayday and she’s sneaking out before the night has even begun!

It’s a good thing too when you’re only going to turn up in the Beer Belly to discover 2 Australians, Andy (Underbelly staff) and Geoff  (who is dressed as a banana), a Kiwi, Anna (dressed as a banana) and a young German, Alex (seemingly dressed as a cowboy by accident) fresh from seeing the Ukelele Project alongside a pair of very drunk girls one of whom appeared unable to decide whether she was more keen to show off her knickers or nipples. Yes, the fringe has begun!

Isabel Hertaeg was a lovely guest and when you permanently carry a vibrating, rubber duck in your purse are you likely to be anything else? I’d like to add she’s selling the bathtime entertainment as merchandise for her show, La Petit Mort, with 50% of the profits going to Breast Cancer Awareness which is a rather lovely and stimulating gesture.

In today’s clip, Heather is being interviewed for a job which doesn’t quite go to plan…