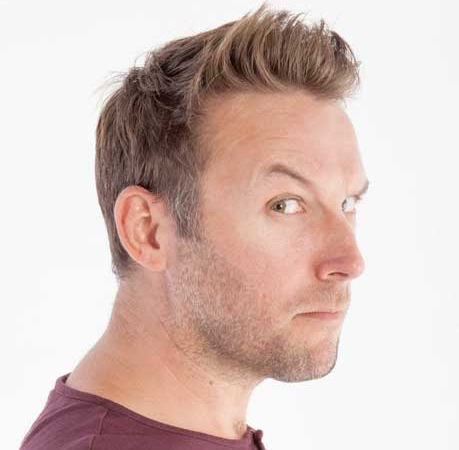 By Jason Delplanque
Is there an ideal combination/balance of performers to do a show? Surely as improvisers we should be able to be adaptable and say “yes and”, and be able to perform with anyone, right?
I’ve been struggling with this idea/theory for a long time. I look at double-acts, I appreciate they’re not improvisers but they complement each other – Morecambe & Wise, French & Saunders, Harry Enfield & Paul Whitehouse. They are so different to each other but are able to draw the best of each other – “you set ‘em up, I’ll knock em down”. One needs the other much like yin & yang. It’s all about balance.
The idea of drawing the best out of another person is what intrigues me the most. Maybe that’s why we get married or stay with someone for the rest of our lives – because we are attracted to something in them that we want to be like and they inspire us. This happens in improv and performances. Look at Monty Python – the perfect blend of silliness, sincerity and intelligence – above all they looked like they were having fun. If you took away one of those elements it wouldn’t work. If you had two of the same elements it wouldn’t work. The reason we ask people to join our troupes or teams is because we see something in them that we are attracted to and it could add a missing gap in the mix/balance. This does not necessarily need to be an equal split of male/female performers, but we’re seeking to achieve that perfect blend of personalities and energies. If you had two wildcards performing together it will be too manic and would get exhausting to watch/perform in. If you had two technicians/artists the show could be too wordy and get boring. You’d be amazed at how many scenes you do not do with a certain amount of team members. I don’t think this is because you don’t like them; otherwise they wouldn’t be in the troupe. I believe it’s because you don’t bring the best out of each other – you don’t balance. Think of how many times you’ve said “oh I’d really like to do a two-prov with this person or that” and then think about how many scenes you do with them. At the same time I think this is also something to address. If you find that you are clearly your best when performing with someone in particular then do more with them. However, try doing more scenes with that other troupe member. You may find something new in yourself or something cool about them.
It’s good to challenge yourself because you can discover new things, however I also think it shows what your strengths are and to play to them. I really don’t think we need to be constantly trying to change ourselves because then we forget what we’re actually good at. We shouldn’t be doing it to fulfil some sort of social demand that we always need to be pushing the boundaries. I agree with Del Close who said “work at the top of your intelligence”. If that’s being a Samurai then cut carefully and cleanly with calculating artistry. If you’re a Viking then slash & burn and go berserk because that’s what you’re good at. I suppose what I‘m saying is – identify what kind of improviser you are (you’re strongest quality, not what “box” you fit into) and play it hard. Then identify who brings out the best in you and you in others and play more with them. Challenge yourself, but don’t self-(improv)harm yourself because what’s the point in getting yourself down if you’re not good at object work, or you’re not cerebral enough and come up with the fabulous callback.
I think being onstage is an extension of your personality. Audiences come to see that part of you being heightened and multiplied by a thousand because you’re exposing yourself. If you’re regularly taking that risk make sure you’re enjoying yourself dammit! Because that’s why we do this – not just to test our abilities and break new ground, but because we love and enjoy it, as it has no rules and boundaries. Yes we learn all these fabulous techniques and forms, but ultimately it boils down to relationships and having fun. I usually do not have anything in mind when I walk on stage. I take a step forward, grab something and wait for something to come. My friend Jules Munns said once before a warm up to do it as though we were kids running down a hill. The faster we go we could either fall over, or our legs will keep going and we cannot control them but we stay standing. Either way we went for it!
Share:
Latest Posts