Slow down. The wheels won’t fall off… 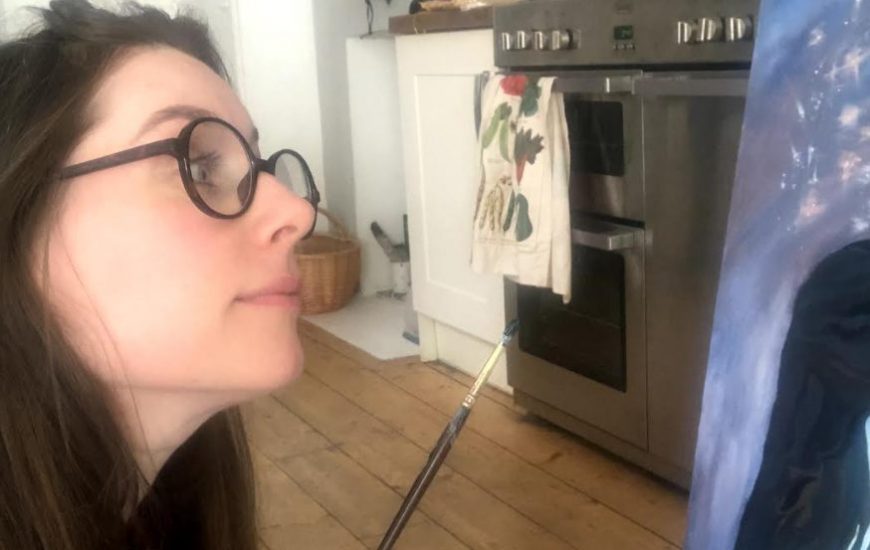 Slow down. The wheels won’t fall off…

Just the other week on the Maydays podcast we spoke about what we’d all been up to. I mentioned that I am almost finished on a painting that has taken two years to complete. Yes, Covid happened in that time, but it still feels like a long time to still be painting the same thing. And I had a weird duality of wanting to be finished quicker to have a finished THING, but also not wanting to spend too much time painting because it’s indulgent, lazy and unproductive (eesh who’s talking there?! Hello inner Drill Sargent!)

Despite the Drill Sargent, those pockets of time painting felt lovely, mellow, and almost like I was floating down a river (tick for mental health, tick for blood pressure, tick for stable central nervous system, tick for lowering inflammation). Except in the back of my mind – even after a full day of work – was the idea I should actually be cleaning the bathroom, writing a book, searching for a better energy deal, earning MORE on the side, being good-er, being PRODUCTIVE. Because isn’t productivity the peak of humanity?

No five-year-old starts finger painting and then halfway through says, ‘but have I achieved mummy?’ Granted they don’t need to. But even if we – the grown-ups – have done as much as we can on the adulting stuff in a given day (and that is going to depend on the day) why do we still beat ourselves up for even a moment spent on something fun for fun’s sake, or mindful for the love of chill? Knitting, painting, pottering – or just staring into space. Which is highly underrated*.

When I went to Chicago to train at the iO intensive back in 2012, I remember one of our teachers saying that a student in a previous year had got very uppity about the weekly classes only being Monday to Thursday. To which teach replied: ‘On Friday, Saturday and Sunday, please live your life. Eat good food. Visit places. Hang with friends. You’ll have more to talk about and more to draw on for class.’ Latterly, being a teacher myself now, I’ve also thought of the flip side – your teacher also needs to rest in order to bring their best energy to class too.

It also reminded me of bands and their ‘difficult second album’ which more often than not is filled with songs of being on the road, bland hotel rooms, loneliness, and generally a woebegone got-it-all-now life that isn’t that relatable to the listener anymore. Unless the listener is also in a band. Or a travelling salesperson from the 1950s. Hey, bands – take some time off to reset. Go out and live your lives! Now we have an album about love, swimming, or washing your undies. Fab! (Listen to Kate Bush’s ode to laundry in Mrs Bartolozzi).

Also ironically, isn’t improv the epitome of doing something for the love and not the outcome? You can do a fab show, but it won’t ever exist beyond that moment in time. And in the minds of those who saw it. There’s no ‘thing’ at the end (other than the nice warm feeling of a show-high).

Improv is also the epitome of active meditation or ‘flow’. I am more in the moment with improv than I am with almost anything else in my life. All that exists in that elastic time on stage is the story, my scene partners, and my character. Everything else falls away. Even if I don’t think it can possibly fall away that night (like if I’ve had a bad day or I’m worried about something). 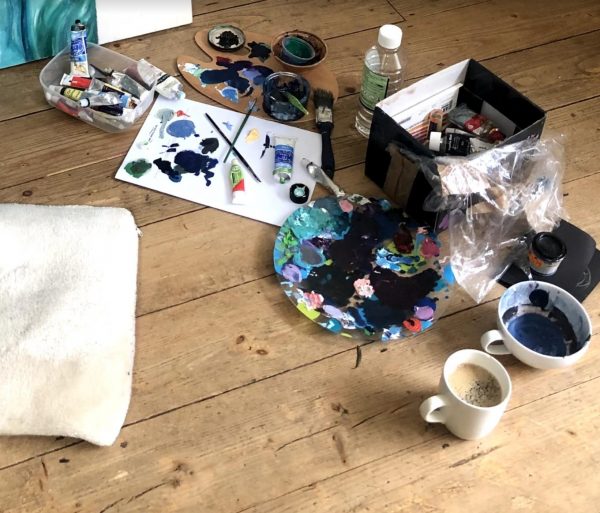 Capitalism and your kitchen sink

I worry about appearing ‘lazy.’ That my day may pass without achievement. That one moment of rest, means a domino disaster of letting go, losing grip, losing my work, poverty, homelessness and (of course) death. I must keep going and going, even if that just means a freshly spruced fridge. I mean I do love a tidy clean space – I think it’s great for my mental health – I just don’t need to mix it up with guilt as much as I do.

Really I think the issue is capitalism. I know it’s a big, broad word, but I definitely feel like it’s being broken down and looked at in a way in recent times, that has made people realise it’s not a system that’s beneficial to humankind. It’s too boom and bust. Toil and burnout. Plus it’s not the only system humans do/can/have lived under. Hard though it may be to imagine anything different.

Productivity is seen as king under capitalism. The more you work, the more productive you are (factually incorrect) the more you’re worth as a human. This has been both squashed into us by our school system**, and also subconsciously steeped into us by osmosis via the media, social media, and advertising (a veritable Capitalism cuppa!) Not to mention unconsciously comparing ourselves to friends, contemporaries, colleagues and (perhaps?) celebrities.

I hope the tide is turning. I certainly hear more chatter, listen to more podcasts, and follow more social media that champions slow living, rest, and mindfulness. That in order to feel whole as a human, you don’t have to be a non-stop machine. You can spend some time being mesmerised by your neighbour’s garden waste bin-fire, or daydreaming, or admiring a wasp in a spider’s web (new hobby). Our brains are constantly working, filing, trying to make sense and adjust. Give them just a minute.

A lot of this also ties into self compassion. We love to beat ourselves up. Far more than we’d dare (or want) to do to anyone we know, let alone love. Imagine speaking to your parent, partner, or kid the way you speak to yourself. Awful isn’t it? You just wouldn’t.

So let’s go easy on ourselves. And I say this as much for you, as a reminder to myself who is like a caffeinated gnat at all times. Doing, listing, tick-listing, pushing. Paint for the sake of painting. Garden for the smell of mud. Bathe because it feels nice. Write because its cathartic. Sing into space because it’s freeing. Sit and daydream because it’s fun. Knit without a purpose because knitting is NUTS – who even thought that two sticks and a sheep could make a top? You’re a human. Slow down. Live the tiny moments. You were never meant to reach 100mph.

* I have very fond memories of spending ages staring at the wallpaper in my childhood playroom. If you let your eyes relax for long enough it became 3D. Who needs a bloody iPad. Absolute magic.

** In case you’re interested here are my dream classes to add to the school curriculum:

Please note: all views are of the author.