The ‘Our Lives’ Improv Project 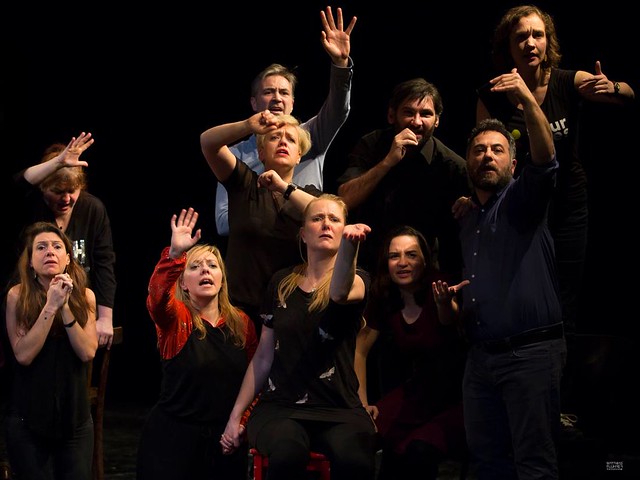 Between 2017 and 2019 I was lucky enough to represent the UK in the EU funded ‘Our Lives’ project. An international theatre project featuring 28 improvisational artists from the countries of the EU tackling the subject of our lives and living in Europe. I wanted to write a little about it because the documentary of the project has just come out and it seemed like a good time to capture some of what has stayed with me over a year after our meeting in Berlin.

So, a quick summary: The 28 artists were divided into groups of 7, each with a director from one of the four organising theatres and each of these groups created an improvisational show with a specific theme that could help us capture and reflect the overall topic of living in the EU through our own group’s lens. The Themes were: ‘Community,’ ‘Milestones,’ ‘Places,’ and ‘Walls.’ The 4 shows then came together at the Berlin Improv Festival in 2018 as well as a show featuring all 28 artists and more performances alongside the event.

My director was Matthieu Loos from France and the company Combats Absurdes and together with the 6 other international artists in our group we created the show ‘Walls.’ This was particularly provocative for our small group with the artist from the UK during a time when Brexit was (and still is) looming. In fact, Joe has already written a blog and about Improv and Brexit.

The whole project was one of the most powerful experiences I’ve had in life let alone as an improviser, so all this time later having watched the documentary here are some of the thoughts that I wanted to share: 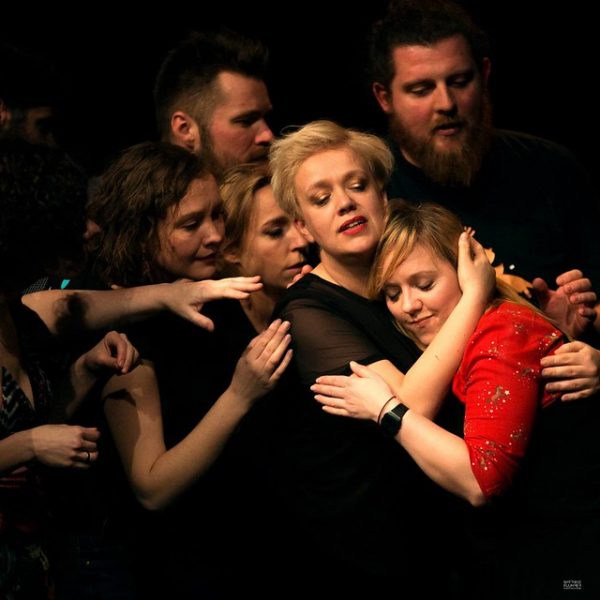 The Our Lives documentary has an interesting section on the difference between North American art and European art. It got me thinking about how the UK still has a tough time defining Improvisation – is it comedy or theatre? I know the Maydays pull our hair out every time we do the Brighton or Edinburgh Fringe and have to make a choice as to which section of the brochure to go in. I think as improvisation grows and people become more aware of it as an art form that this issue is becoming less relevant, but from the perspective of an improviser, it’s hard to tell.

On a related but different note, the ‘Our Lives’ project gave me so much validation and support as a professional artist and sometimes that can feel hard to come by at home. One of the aims of the project was ‘to develop the art form further and to give improvisational theatre production support and bigger international visibility, and it really feels like that is happening and continues to happen, and inspires me to keep pushing for that myself. I hope improvisation will soon be funded and critically recognised in the UK the same way that other forms of theatre are.

Our Lives’ inspiration was 100% autobiographical even if the scenes and stories would go in different directions. The Maydays have several shows that are based on the real-life stories of the performers or audience but I’ve been re-inspired by how much shows can be based on the identity of the performers or in the case of an improvised the show the unique nature of the cast and audience in the room for that performance only, never to be repeated. I love the idea for this show from Rimini Protokoll based entirely on the identity of the cast of volunteers. While there is some crossover with Playback Theatre and the work of Augusto Boal, the work that is happening in modern European Improvised Theatre has its own flavour and I hope The Maydays draw from and add to that too.

I so enjoyed this as a theme for our show. When I first heard the word ‘walls’ I had a negative association but of course, I had forgotten that walls build and protect as much as they divide. It was so powerful to think about in-groups and out-groups in the context of improvising and working closely with 27 people from different countries to yours. I feel like the Maydays and UK improv have a very strong sense of community but it has made me remember that the stronger a group the more exclusive it can feel to those on the outside. I hope we can keep working to make our classes and shows as inclusive as possible. We’ve been doing a lot more training on this in the last few years but we’re always open to suggestions.

Lastly, I have learned that I swear way too much. Apparently, it’s a sign of intelligence…

The Documentary of the Project directed by Lee White came out in June 2019 and can be seen here: https://youtu.be/SeTN9iSV4fs